3 Trophies for RYTG at NANDA!!!

3 Trophies for RYTG at NANDA!!!

This year’s NANDA Youth Theatre Festival took place at Chilwell Olympia Theatre on Saturday 13th May and it proved to be a very successful day for Ravenshead Youth Theatre Group as they came home with 3 splendid trophies. In a closely fought contest, where all the entries could be described as tightly choreographed, ensemble pieces, the team won the Touchwood Award for Best Original Play for “A Wolf’s Tale” and scooped both male actor awards in two age categories!

‘A Wolf’s Tale’ was written and directed by our very own Mandy Buckley, with additional material by John Birch. It tells of an aspiring young actor, played by Josh Hill, who decides that the only way he is going to succeed is to go for auditions for films and plays that feature a wolf. We see his hilarious failed attempts to impress on the set of various well-known fairy tales such as The 3 Little Pigs and Little Red Riding Hood, with a finale excerpt from Kipling’s The Jungle Book.

The NANDA Best Male Actor trophy went to Lewis Hallam, playing the Director of The 3 Little Pigs. Lewis won last year in the lower age category so next year he will be going for a hat-trick! This year’s Best Actor aged 11 years and under was James Terry for the cameo role of Mowgli. James only joined RYTG this year so is one to watch for the future. Acting commendation certificates were also awarded to Amelie Frost, Josh Hill and James Mussett.

The Festival brings together youth theatre groups from all over Nottinghamshire to compete in a one-act play competition and we’re already discussing what we should enter in 2018. 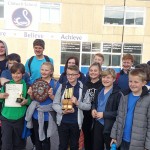 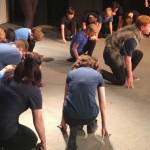 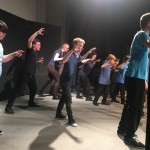 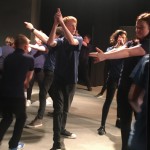